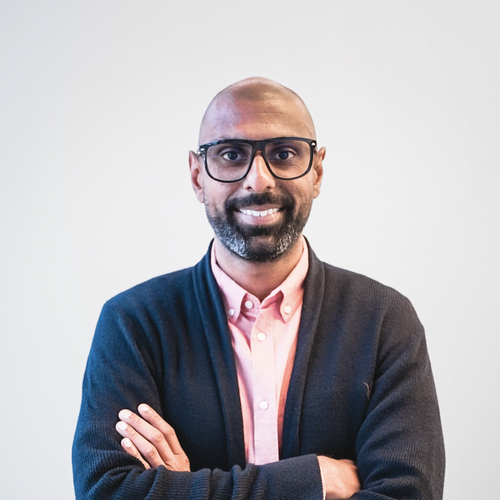 Talks covered by this speaker

Have you got yours yet?

Our All-Access Passes are a must if you want to get the most out of this event.

Ronnie spent his early years winning national spelling bees and earning honours as a debate champion. But, his career has been spent making people's lives better through coaching, mentorship and building useful technology. He started as a tech/management consultant at Workbrain (Infor), AT Kearney, and then Axsium Group serving clients in North America, Australia, and Europe. In 2011, he began his tech startup journey when he raised angel investment to found his first startup Veritasq.

Then in 2013, Ronnie co-founded and assumed the role of CEO at Polyform Labs. Polyform Labs grew quickly before being acquired in 2014 by Arlene Dickinson's firm, Venture Communications, as its in-house agile innovation practice and Ronnie was appointed as Sr. Director of Technology & PMO.

After taking a year off to be a full-time dad, Ronnie now serves the digital product team at Seera/Almosafer/Tajawal.

In and out of work, Ronnie is devoted to lifelong learning. He also gives back by mentoring and coaching individuals overcoming life challenges. He holds a Comp. Eng. degree from UofT and an MBA from the Rotman School of Management.

Your logo could go here!

If you'd like to get your brand in front of attendees following the categories this speaker is talking about (on this page, via email and during each talk) contact us.
We use cookies This website (and some of its third-party tools) use cookies. These are important as they allow us to deliver an exceptional experience whilst browsing the site.